I’m excited! I have a new man. 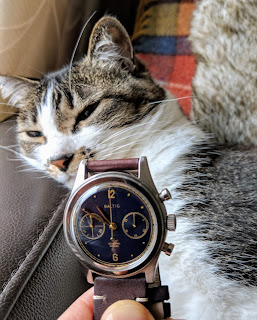 Let me tell you about Brian. I’ll begin with his sapphire eyes, curved as if you’re looking at the
earth from orbit. Beneath that sapphire crystal is the most exquisite brown. I know a lot of women prefer blue eyes, but trust me, brown looks magnificent, especially with hints of copper like Brian’s.

His ethereal eyes are more luminous than any man I’ve known. After we switched the lights out, sending our hotel room into pitch darkness, his eyes continued to glow for over an hour. We’ve seen each other in the dark (blush).

We went dancing for the first time last night. I’ve never seen movement like his; it must have taken years to perfect. Throughout the evening I was hoping he wouldn’t fall and break because I can’t imagine how much it would cost to fix him. I asked him about that—I’d hate for him to end up in the hospital right after we met—and he said, “Don’t worry. These movements are just a slight modification from a movement that the men in my family have been using for generations. It’s solid, robust and reliable.” That’s what I like to hear! I’ll take reliable over new and risky any day.

When we danced close, I felt his heartbeat, rhythmic and strong, marking the passing of the seconds.

Brian wore a cute, textured moon pendant that revealed the way the eons have textured the moon’s mountains and craters. At first I thought the moon detracted from his overall appearance, but the more I watched the moon’s phases change as he swayed, the more I realized the pendant belonged. We talked about it afterwards and he told me that the moon pendant was a hand-me-down from his German great-grandfather , who hunted at night and needed to know when there would be enough moonlight to locate his prey.


After we finished dancing, Brian and I walked along the beach. We waded into the warm water up to our knees. I was wearing a skirt so my clothes didn’t get wet. When I fretted about the water to Brian, who was wearing long pants, (I’m a bit of a worrier), he said that there’s no need to worry because his pants are very water resistant, and as long as he rinsed them off afterwards in fresh water they’d be okay.

He clasped my hand tightly as we walked together, fingers intertwined. I felt secure in his hand. I was not going to come loose and be swept away by the sea, and yet, if I needed to (I didn’t), I was certain I could release his grip quickly.

In the days I’ve known him (it’s hard to believe it’s only been a few days), Brian’s never failed to bring a smile to my face. His integrity is of the highest caliber.

A few years ago I went out with an older guy who was constantly in need of repairs. Hospital, doctor, and repeat.  We spent more time apart than together.  After we broke up I vowed, “never vintage again.”

At the risk of sounding superficial, you’ve never seen a guy like this before. He’s solidly built, with all the right proportions, and (blush again) he fits perfectly. His hands have this awesome golden tint. He’s got the most handsome morning stubble that gives his face a classic bezeled look. Muscled chest and, when you flip him over, a muscled back. Sometimes I like looking at his back, with its intricate, winding rivers of brawn and sinew flowing under his flesh, more than his face.

Brian’s the kind of guy who looks great in a suit or in jeans and a t-shirt. You can take him anywhere. He’s versatile.

He’s full of vigor. Lots of people get tired being in constant motion, but not Brian. The more he moves the more energy he has. It’s almost as if he’s pulling energy out of thin air.

Brian’s only deficiency—and this is incredibly minor—is that every other month he forgets to change the calendar. If we have a date for the first day of a one of those months, he’s likely to forget about it. I’ve gotten used to that. I’ll just tell him, “Babe. Tomorrow is actually the 1st, not the 31st.”

Some years ago Brian had abdominal surgery. The surgeon left metal staples inside him. He told me that even with those ferrous staples he doesn’t have to worry about magnetic fields and won’t set off alarms while going through airport security. That’s a relief because I want to take him along on my next vacation!

But here’s my problem. I still haven’t decided what to do with my current boyfriend. I know, I know, I shouldn’t have more than one, but it’s not like I’m ever going to have more than two at the same time. I’m virtually one hundred percent certain I’m going to trade my old one in for Brian. It’s not that my current boyfriend’s unpleasant, unintelligent, or bland-looking, but he’s been showing wear and tear lately. His timing is off—he’s too fast—and there is nothing I could do to adjust him.