You're on your way to a doubly dangerous destination, or maybe you’re headed for the middle of monsoon season. As you're waiting for your connecting flight—you finally have internet again after being encased in a radio-free cigar container for twenty hours—you're reading some watch websites. 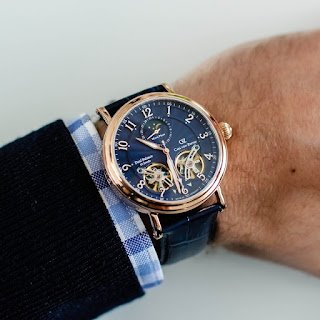 What?! Wait! That can't be! But it is. That watch you've taken on this rough and tumble trip because you didn't care if it was ruined or stolen, is one of two of its kind in the world and is worth $500,000. The pictures and reference numbers match up exactly. Surely it’s a mistake. But it’s not. The roll of the dice was in your favor, and your watch hovers in the stratosphere.

What do you do? Do you cancel your trip and fly home to safety with your watch? After all, wandering the streets of Johannesburg with a watch that might be stolen at gunpoint or smashed against a boulder while you’re trekking through the Swiss alps would ruin your entire vacation, not to mention your life.

Or do you soldier on and let fate decide whether your watch survives?


No watch collector is going to ever be in a situation exactly like this. (You can park your watch in a hotel safe or FedEx it back home, after all.) But I wanted to introduce these scenarios to ask a more general and vague question: Are there times and places when it’s not safe to wear your expensive watch?

On a day when the forecast is for the heavens to release a biblical flood, should you leave your Breguet Minute Repeater at home even though it’s water resistant to a safe 30 meters? When the morning rush hour train is steamy and crowded, and the chance of your watch being stabbed by the sharp, metal corner of a briefcase is way higher than zero, is it wisest to leave your A. Lange & Sohne Saxonia Moonphase safe at home in a felt-lined box? When scrambling over boulders, are you brave enough to wear your Seiko Credor Eichi, which weighs in at $50,000? 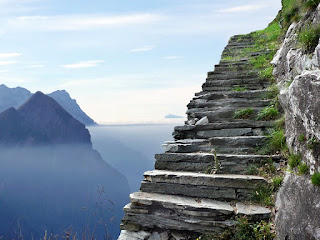 Jaeger Jaeger-LeCoultre’s Duomètre Quantième Lunaire, with its fourndaynte complication looks so fragile that a mere cat’s breath would break it. I can’t imagine wearing that watch to dinner, let alone skiing or parachuting, without wrapping it in bubble wrap.

If you think you know what I’m going to say—that it’s best not to wear an expensive watch in a dangerous environment—that’s not what I have in mind at all. I can’t offer you a definitive guide to when not to wear valuable watches, just as I can’t resolve the greatest unsolved watch questions of all time: Which is better, Omega or Rolex*, and is it okay to wear a dive watch with a suit? But I can offer some general guidance.

I have a few camouflage watches—watches that look cool, perhaps even expensive but, while not beaters (a different kind of watch entirely)—are expendable (as much as any watch can be expandable.) I wear these when I go off the beaten path, but that’s just me. More about camouflage watches in a future article.

There are few rules with watches, other than those you force on yourself. That’s part of the fun of collecting watches, at least for me: The fewer rules the better.  If you like the way diminutive 1950’s watches highlight your Sumo wrestler wrist, that’s okay. If you want to wear a SevenFriday watch under your Armani suit, go ahead. If you feel moved to wear a vintage Spiro Agnew watch (look it up) while proposing marriage, that’s your call. 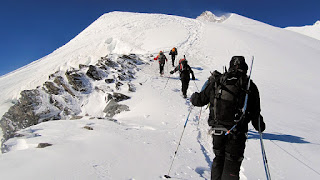 If wearing a Rolex Yachtmaster at night while you’re bouncing from bar to bar in Rio is your thing, then go ahead. If you want to enjoy the way the dial of your your Zenith El Primero reflects light at 3,600 meters at the summit of the White Cloud Mountains in Idaho, that’s what  you should do. The risk is yours to take.

Does this mean you should you think of every watch as a tool watch or an expendable item? Not all all. Nobody actually wants to scar their Nomos Lambda or offer it as an involuntary gift to a guy with a gun. Nobody even wants harm to come to actual tool watches such as the $5,000 Breitling Avenger Blackbird. But all watches run the risk of the black magic of Murphy’s Law.

Wear whatever watch you want when you want. You can always leave it behind in the hotel’s safe or put it in a portable case when the going gets tougher than you expected.


*Omega and Rolex are examples of expensive watches being worn in the most severe environments humans to visit. But these watches, the Speedmaster and Submariner were designed for those purposes.