Three Vintage Watches to Snatch While You Can

This King Seiko Chronometer is one of the most beautiful King Seikos I've ever seen. If you're not familiar with King Seikos, they existed in the 1960s and 1970s concurrently with early Grand Seikos. After the Quartz Crisis mercifully ended, Seiko resurrected its mechanical Grand Seiko, but not the King Seiko, which is a shame because King Seikos -- and especially this one-- are among the most beautiful and elegant dress watches you can wear. This 44KS from Ikigai Watches has been ticking at 18,000 bph since 1964.

Ikigai Watches is one of the world's most renowned vintage Seiko shops. (I've bought two watches from them, with five-star results.) Their watches come pre-serviced. 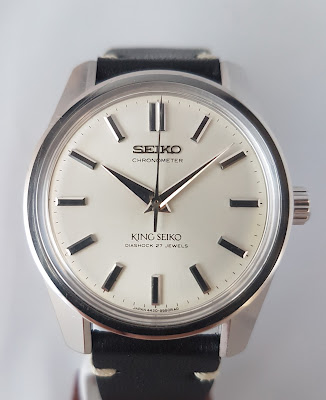 Grand Seiko has made a significant push in the American market by opening Seiko boutiques and transforming Grand Seiko into a separate entity. With the growing interest in Grand Seikos has come a steady rise in prices for vintage Grand and King Seikos (as well as for their cousin, the Lord Marvel). The good ones, like this 44KS, are going fast. This King Seiko is worth every penny of its $2090 price.

Tudor has recently made watches that are so good and attractive (I'm looking at you Heritage Automatic Bronze and North Flag), that the company has not just stepped out of Rolex's shadow but into the spotlight. With that celebrity comes a renewed interest in Tudor vintage watches. And, with that renewed interest -- never mind, here's the watch you should be taking a look at: 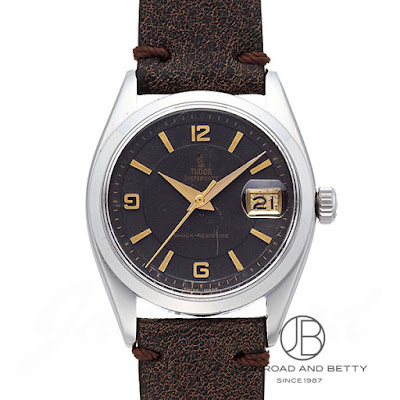 This magnificent specimen is a 1960s Oysterdate, reference 7939. It looks like was made in 2018, with vintage vibe sprinked on. It uses a manual winding caliber 425. JackRoad in Tokyo is selling it for $1652, less if you're not a Japan resident and able to take advantage of tax free buying. If you're new to JackRoad, it's a shop in Nakano Broadway with perhaps Japan's best selection of vintage and used watches. I've bought there with very happy results.

I've watched Omega's blue Snoopy Award Speedmasters increase steadily in value over the years, roughly about $750 in sale price every twelve months. There are a few for sale on Chrono 24 including this and this. Produced in the early 2000's, the Snoopy Award Omega is a rare as it is spectacular. The Snoopy Award watches come in two colors, blue and white, but I like the blue one more.

The Snoopy Award was given by NASA's astronauts to members of their support team who helped make their missions a success.

These are manual wound, 42 mm, steel watches. The Snoopy Award Speedmaster makes a great first Omega Speedmaster or a terrific addition to your Speedy collection. Figure on spending between $11,000 and $15,000 on one, but more if you wait.