J-lo stood on top of the hill, facing east, a soft breeze ruffling his gray hair. The sun would be up soon, and with today’s dawn would come both the warm red glow and a cold, deadly battle.

The enemy was nowhere in sight—no torches, no swords or shields reflecting the moonlight—despite J-lo’s vantage point. But he knew they could appear from only one of two locations — from the forest to the east or the valley to the north. J-lo’s instinct told him the enemy would invade from the eastern forest at dawn to force his tribe into fighting while facing the blinding morning sun. That's what he would do if he were leading an invading army.

J-lo rested his hand on his son’s shoulder. Only a year ago, his arm would have stretched almost vertically, but Caleb had grown—sprouted like bamboo!—in the last year, and now his arm extended horizontally. J-lo inhaled slowly and deeply, pride filling his lungs. There hadn’t been a battle for nine years. Nine years ago, Caleb had been too young to fight. Today he would be one of the many brave warriors defending the tribe.

“I don’t see anything, Father,” Caleb said, his hands cupped around his eyes to enhance his distance vision, as J-lo had taught him. Caleb broke off his survey to look at his father. “But they’re coming.” J-lo nodded.

The sky flickered, high clouds pulsing red and orange as soundless lightning wrapped the sky. J-lo’s mind filled in the silence with the sounds of an army approaching on horseback. He blinked several times to expel the lightning from his eyes, so he could reclaim his night vision. A storm was brewing in the distance but would likely arrive after the battle had begun.

“Yes, son. They are.” J-lo swatted his leg with a sharp crack, like a whip. “Hornan. Damn thing bit me through the hole in my pants.”

“You and your bugs, Father. I think insects are the only creatures you’re afraid of. Not tigers, or bears, or caninemorphs, or even the fiercest of our enemies bother you. But unseen bugs annoy you more than goats bleating while you want to sleep.”

J-lo smiled, his few remaining teeth catching the half-moon’s light. “Don’t like ’em. It’s going to itch like crazy any moment now, and then I’ll be scratching like a dog with fleas. It got me right through the hole in Mr. Levi.”

“You’re lucky you have pants. You and the Elder and the Apothecary are the only ones with pants, so be grateful for what you have, even if they are torn.”

J-lo smiled again. Caleb was wise beyond his fourteen years. “Centuries-old pants,” J-lo said. “I should be grateful, you’re right. I just can’t lose or gain any weight because these would no longer fit. There aren’t any more Mr. Levis to be found in any land, ours or theirs. Which means your mother can’t change her dinner recipes. If she does, my middle will grow or shrink and I’ll have to wear skirts.” 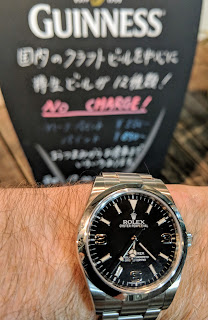 “She can only cook two things anyway. Pig and the other pig. You don’t have to worry, Father.”

They laughed, and J-lo wondered if this would be the last laugh they would share.

He patted Caleb’s back. “I am proud of you, son. You will be a fine warrior. Today you will honor your tribe by defending it.”

“We will defend our tribe together, Father.” Caleb said, and he lifted his left arm to the stars. J-lo did the same, reaching as high as he could, extending his pitted metal bracelet to the heavens, so the starlight would touch the three small swords marking the face.

Every member of the tribe wore the same kind of bracelet, the glue that bound them together. There was magic in the bracelets for certain, but they also stood for a union of shared values and community. Each silver metal band bore a round disc on top. Inside that disc were the three swords, which symbolized strength and victory, and at the top of the disc was an embossed king's crown that represented virtue and wisdom.

On the right side of each bracelet’s disc was a number, from 1 to 31 — never more than 31. Caleb’s bracelet displayed12. J-lo’s was 31. Like the swords themselves, which were in different positions on every tribe member’s bracelet, the numbers on each bracelet seemed to be selected at random. The numbers lived underneath a glass bump that magnified them, which could only mean that these numbers were of great importance.

J-lo’s bracelet was a little different from Caleb's in that it had a fourth protrusion on the disc, shaped like an arrow. These rare and exceptional bracelets were worn only by the Leaders, Apothecaries, Foretellers, and Elders. While no one understood the significance of the numbers or the meaning of the different sword positions, the Elders said they would find out after the last battle, after the enemy was crushed. “It is the will of the gods that the bracelets’ secrets not be told until the After,” the Elders said every time J-lo probed them.

The bracelets were very, very old, handed down from parent to child, generation after generation. Some tribe members’ bracelets were so aged that you could barely see the swords and numbers on the discs, but they had magic nonetheless.

Although the bracelet’s swords collected light much faster and for longer during the day, J-lo and Caleb knew that starlight contained more magic than sunlight. Magic and cunning working side-by-side would see them to victory. As they reached as high as their slender bodies would allow, Caleb and J-lo bent their wrists forward so the bracelet’s swords were parallel to the heavens. They held their arms up until their muscles burned like fire.

Did the bracelets get their magic because the swords’ glow attracted powerful spirits? Did the bracelets endow their wearers with preternatural abilities? These, too, were mysteries that would be revealed after glorious victory.

Even though there was much about the bracelets J-lo didn’t understand, he knew theirs were the righteous bracelets. From the day they said their first words as little children, every tribe member learned their bracelets embraced good, and the Enemies’ stood for evil. How could it be any other way? The crown on their bracelets’ discs was a sign of purity and goodness, but the upside down urn on the Enemies’ bracelets spoke of evil—of the dead’s ashes being spilled and phantoms defiling the Earth. The upside down urn was a mark of the Dark One. The Enemies’ bracelets foretold of a world overrun by demons.

They must, and will be, defeated. This is our destiny. This is what the world needs.

J-lo shuddered as sharp memories returned. When Caleb was small, an enemy had wandered into their village, a tall, gangly man with matted blond hair and clothed in a poncho that looked like it had once been an animal’s hide. As soon as Caleb had seen the enemy’s bracelet with its upturned urn, his stomach erupted, violently expelling its contents. Caleb had collapsed onto the ground, heaving and wheezing, his flesh covered in palm-sized red spots, as if blood vessels had burst under his skin. The enemy’s grotesque, netherworld urn would be eradicated from the earth once and for all.

“When is dawn?” Caleb asked, his voice still carrying the faint sing-song of childhood.

J-lo bent his head back, fixating first on the North Star, then moving his eyes along the horizon. He spoke softly to himself as he calculated.

“Cassiopeia between the east and north, Centaur high above the horizon, Andromeda above Centaur…” He pivoted nearly one hundred and eighty degrees. “Scorpius behind me and about to set.” J-lo went silent for a while before answering, “An hour and a half from now, the sun will rise and the battle will begin.”

Caleb patted his left side and said, “I have my ram’s horn to alert the tribe.” He patted his right side and continued, “And my sword to kill the Omegas.”

“Victory is ours!” Caleb shouted, thrusting his bracelet arm high in the sky.

“Sorry, Father. I’m excited. I want the Rolexes to crush the Omegas once and for all.”

J-lo wrapped his fingers tightly around his sword’s handle. “We will, son. We will.” 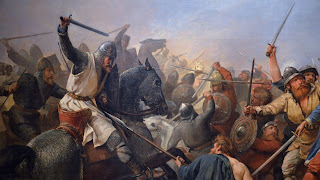