The Queen (Seiko) Is Here!

The Queen is here!

Ever since ascending to the throne, King Seiko has been weak from sadness, a mainspring in search of a winder. All alone, with nobody to share duty and glory with. Nobody with whom to say, "Let's synchronize watches," the lyric love song of all Kings.

Then today along came the Queen, arriving in a box marked with no words other than that of the magical, far away land we know of as "Amazon." Yet she traveled far, not in distance, but in time. The Queen had been waiting all these years, unwound, in search of forever love. Queen Seiko is a diminutive, svelte creature, measuring not more than 21 mm, yet her 23 jewels capture the gaze of everyone who glimpses her beauty.

Queen Seiko will remain by the King's side, a bond more powerful than the strongest tree sap, from now until the world itself winds down. Or until servicing is needed, whichever comes first. 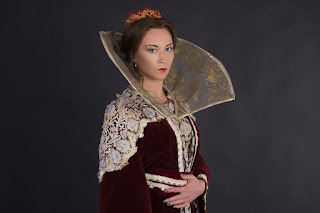 Manufactured in the 1960’s, the 21 mm Queen Seiko was the women's version of the King Seiko, though in 2019 a 36 mm King Seiko would look just fine on a woman’s wrist. The Queen Seiko may have been the watch that men bought for their wives so that happy couples could wear matching watches.


The Queen Seiko is one of Seiko's lesser known vintage models. Queen Seikos are medium-hard to find, but you can sometimes locate them on Yahoo Auctions, Rakuten and eBay, usually for several hundred dollars. The Queen Seiko you buy may not have been serviced for many decades, which means that if you acquire one, your first stop should be a watchmaker.

It goes without saying that if you have a Queen Seiko in your collection, you need to have the entire set of Seiko royalty: Lord Marvel, Queen Seiko, King Seiko, and Grand Seiko, of course.

Queen Seikos are as fun as couple's watches today, as they were half a century ago.