“That’s one thing I’m certain about — this is going to cost a fortune,” flew across the shared messaging screen from Tomas.

“Everyone pause a sec,” William said. His words glowed. “This is going to work. And it is worth it. You know that. We’ve been discussing this for nearly a month and now’s the time.”

“It sounds larger when you say it in yen,” Tomas typed. “But I agree with William. It’s put up or shut up time. Is everyone still in?” 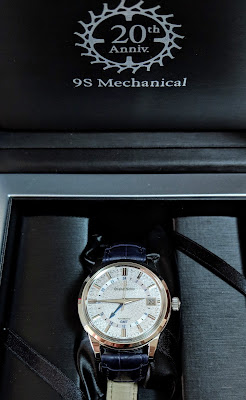 “Before we commit our bank accounts to an irrevocable path,” William typed, “I just want to reiterate how much of a jerk Mr. Pleasant is. He’s not pleasant at all. Posting that picture was wrong, more wrong than anything I’ve seen since starting our online Grand Seiko group. My stomach fills with acid when I think about that day.”

“Poor Harry,” Kyoko said. “He didn’t deserve what Pleasant did.”

“Nobody does,” Alexandre added. “Even if Harry lied. We’ve all lied in the group about something at some time.”

When nobody replied for thirty seconds, Alexandre continued, “Let’s start next week. The sooner the better.”

“I’ll handle the logistics since I’m in Japan,” Kyoko typed. “I can do it so we remain anonymous. You all just make sure to cover the $75,000 that’s your end.”

“The first package will arrive next week?” Tomas asked.

“Yes. And one a week for twelve weeks or until we run out of funds,” Kyoko said. “Or until his wife leaves him, whichever comes first.”

“Anyone who’s married to a watch collector gets angry when their spouse buys an expensive watch without telling in advance. She’ll steam when Pleasant gets his first package. Become enraged when the second watch arrives. She’ll be furious when the third $7,000 watch is delivered. I figure Pleasant’s marriage may not survive even four watches,” Kyoko wrote. “What’s he going to say? ‘These aren’t mine! I didn’t order any Grand Seikos.’ Once Pleasant’s wife brands him a greedy liar, it’s only a matter of time until the next box kills their marriage for good. I only wish I could see Pleasant’s face when his wife confronts him.” 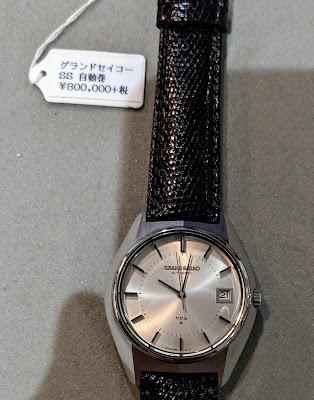 “Somebody might get a ten dollar baseball cap in the mail by mistake. But not a Grand Seiko. His marriage is toast,” William said.

“That will teach Pleasant not to post private information about anyone on the Grand Seiko Street. I feel bad for Harry, despite him lying.” Alexandre said. “Posting a picture of Harry wearing a Rolex right after Harry said he only wears Grand Seikos was wrong.”

“Pleasant’s an ogre and he’s getting what he deserves,” William added.

Four blue thumbs popped up across their screens.