Aethelu always smiled. So did Dervish. It was the elvish way to constantly smile, as if a sculptor had molded their mouths into canoes. But their smiles could never be interpreted in the same fashion as a human’s, and to do so would be to put yourself at risk.

“What’s wrong with just slipping frogs into women’s handbags, tying men’s shoelaces together while they wait at crosswalks, or dabbing fish oil on the faces of cat owners while they sleep?”

Tonight’s moon was a quarter full. Starlight filled the dark spaces around their campfire. A faint breeze rustled the tops of the trees, making the flames dance while fireflies zigzagged above. A white deer circled their camp before bolting into the deep woods. 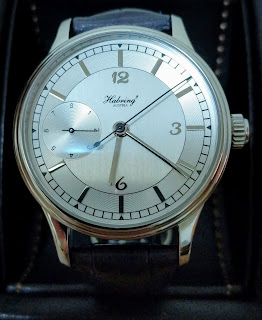 Aethelu twirled a marshmallow on a crooked stick over the open fire. The fire hissed as it drew moisture out of the wood and small drops of marshmallow fell into the flames. Dervish licked his lips as he watched the white puffs turn golden brown.

“Your favorite food, I know,” Aethelu said, grinning. “Premium marshmallows. I got them from a house seven hascams from here. Somebody’s going to be upset when they get home tonight and find a bag of dried sardines instead of marshmallows. That’s going to make for strange s’mores.”

Aethelu ran his forefinger along the exterior of his ear. “Tell me why you have to invent a new prank when we’ve had perfectly good ones for years — for centuries — and I'll give you a roasted marshmallow. Maybe even two. Mmm. They smell delicious.”

“Variety is the spice of life,” Dervish answered.

“What does that mean?” Aethelu shook his head so emphatically that his whole body twisted. The marshmallow flew off the stick into the dark woods behind their camp. There was a crunching sound, no doubt caused by a chipmunk running across the fallen leaves with a marshmallow in its mouth.

“Now look what you’ve done!” Aethelu stomped his feet as he walked over to the bag of marshmallows by the side of their straw hut.

“You’ve got a whole bag full. You won’t miss one. Besides, if you eat the entire bag you're going to get a sugar high.”

“I don’t know what that means either!” Aethelu shouted. He stomped his foot again. The owls stopped hooting for a few seconds before filling the forest with their forbidding call again. “But I don’t care. Just tell me why you’re doing what you’re doing. I’ll see if I can make sense of it.”

“You’re not my onke. You don’t have to approve or disapprove of anything I do.” 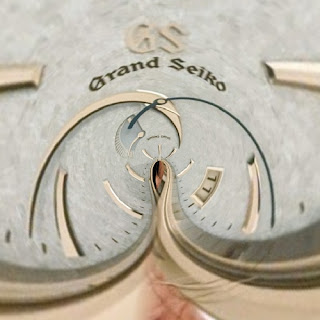 “Sometimes I like to set people’s watches ahead by a minute because it makes them think their watches are broken. The prank is especially fun with Grand Seiko Spring Drives, which are regarded by humans as being highly accurate. When I spin their watches ahead or behind by just a little bit, it drives them crazy.”

Aethelu nodded again, more energetically this time. He took the browned, melting marshmallow off the stick, handed it to Dervish, licked his fingers, and speared another. Dervish tilted his head back and made a slurping sound as he ate the golden sweet. He smacked his lips.

“Just setting a human’s watch ahead or behind by a tiny bit works great on people who have watches they admire for accuracy.” Now it was Dervish’s turn to nod. “I like how their faces turn red and their eyes grow wide, and the way their curse words ring like wind chimes after I change the time on their watches.” He paused for a few seconds to look at the stars. “But I still don’t understand their obsession with time.”

“That’s because we live 691 years, but humans come and go in the blink of an eye. Poor humans,” said Aethelu “Time is precious to them.”

Dervish continued. “Sometimes I set humans’ watches ahead or behind by a full hour. You should see how they react when they think they’re an hour late for something. The funniest is when they believe they’ve got plenty of time, but end up at their appointment an hour behind schedule,” Dervish added.

Dervish released an airy, melodious laugh that grew faster and deeper with each bellow. Aethelu caught Dervish’s laugh like it was the world’s most contagious cold and joined him in rolling on the ground beside the fire. Earthworms scattered and laughed. The owls’ hoots and wolves’ howls changed to laughter, too. Even the wind chortled.