The Day History Will Remember Forever

Aimee Morrison walked from the bar to the table, balancing her beer like she was a living gyroscope. She sat down on the tall stool while simultaneously lifting the fully filled glass to her lips and drawing a long, satisfying drink. “How do they get this stuff?” she asked. “The beer is amazing.”

“Right,” Harlan Ellis replied. “I guess this is what happens when you have an Irish bar owned by a Japanese couple — anything is possible.” He raised his glass high, confident that gravity would keep the beer in his now half-emptied glass from spilling out, no matter how fast he moved his beer arm. “There’s no better place in town to relax after a long day.”

“I’ll drink to that,” Peter Kam added. And he did, downing half a pint in under ten seconds. “Man, my dogs are killing me.” He glanced around the table at Aimee, Harlan, and Davenport to his immediate left who was scarfing down a plate of fish and chips. 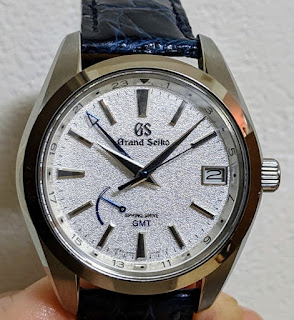 A pleasant hum filled McKenna’s Pub. Although every table was occupied, the decibels didn’t stifle conversation. While there was a television above the bar, a requirement for all pubs, the sound was muted. There was no music blaring from overhead speakers. The only extracurricular noise came from the dart game to the bar’s far side. A cacophony of barley, corn, rye, and wheat aromas filled the air with hypnotic scents.

Davenport Green looked at his friends, his face bearing a sheepish look, and said, “You guys probably got fed by your owners, but my owner is on the go all day, like a perpetual motion machine. She doesn’t eat, so I don’t eat. I’m famished. Go ahead and order if you’re hungry.” He resumed attacking his fish and chips.

“I was saying,” Peter continued, “I thought all your masters were office bound, but it’s good to know that there’s at least one other person in our drinking circle who’s on his feet all day.” Peter looked across the round table at Davenport. “Remind me, your master’s a —?”

“Comedian, if you can believe that.” Davenport juggled talking while eating. “When she’s not performing, she’s writing, and she writes while standing up. So I have to stand up, too. And when she’s not writing, she’s bouncing in between television stations and theaters. Siobhan O’Donnell.”

“At least he’s in one place and probably has few deadlines. Mistress O’Donnell snaps at me if she isn’t where she needs to be at least five minutes before the scheduled time,” Davenport said. “And worse, she insists I wear an indie brand, a Konstantin Chaykin watch with a joker face, because she’s convinced it helps with her image. Have you ever tried to service something like that?”

“My point exactly,” Davenport replied, his hand cupped over his watch to protect it from beer spills or an off course dart.


“I’d trade you masters in a heartbeat,” Aimee replied, her face glum. “My master has a dozen meetings a day, and while most are in our building, I’m constantly looking up the time for him. If you think the pressure working for somebody in show biz is excessive, just try on the shoes of a Watch Bearer for a CEO of a Fortune 100 company.”

“Doctor — doctor is worse,” Peter said as he put his beer down and slowly reached for one of Davenport’s fries, trying to keep his hand under Davenport’s radar.

Davenport slapped his hand away before he could steal one. “Get your own fries, my friend. I'm hungry and intend to eat them all.” He took a napkin and wiped the crystal of his Konstantin Chaykin Joker watch.

Peter smirked. “It was worth a try.” He waved over a waiter. “Not only do doctors have endless appointments, but my master has me time patients’ pulse and blood pressure readings all day long. It got so bad that I had to replace my Submariner with a Daytona because I needed a chronograph. At my expense!”

“No.” Harlan shook his head. “We’re slaves, bought and sold, just like slaves throughout history. We’re no different from the slaves who built the pyramids of the Egyptians or who carried stones for the ancient Celts when they fashioned Stonehenge. From birth to death, we’re owned, just like somebody’s pet dog. We’re sold and traded as if we’re baseball cards. We’re disposed of when our eyes are no longer able to read our watches or when we forget to have our watches serviced and they no longer keep time.”

“Servicing at our expense, too,” Peter added.

“Yup. That’s why I bought a Grand Seiko Spring Drive. Not only does its accuracy please my master, but I don’t have to have it serviced often.” Harlan spoke softly, almost in a whisper. “I’ve never had it serviced. Doesn’t need it, knock on wood.” Harlan rapped his knuckles against the table. “But if my owner ever found out, he’d beat me just on principle.”

“Isn’t a Spring Drive against the law? I thought quartz watches were illegal,” Aimee said. 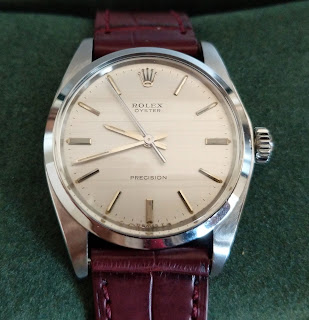 “They are. But it’s a common misconception that Spring Drive is quartz. While there’s a quartz crystal inside, the crystal only regulates the time; the Spring Drive still uses a mainspring for its power, so the law doesn’t bar slaves from using one. Though I’ll be damned if I can understand why slaves can’t wear quartz. If our purpose is to tell time for our masters then it would make sense for us to be allowed to wear the most accurate watches possible.” Harlan shook his head. “So much doesn’t make sense to me.”

“The reason for no quartz is to make Watch Bearers’ lives more difficult. Because we have to either wind our watches every day or move our wrists to keep our automatics going, that keeps us in our place. It’s another way to control us,” Aimee said.

“And yet you still call us Watch Bearers?” Harlan asked. “We’re slaves, Aimee. We’re born as slaves and will die as slaves. For as long as there have been watches there have been people like us who wear watches and keep the time for our masters.”

“Force of habit, I guess,” Aimee said. She tapped her Panerai Luminor Marina’s crystal. “Can you believe my master makes me wear an enormous watch? I feel like...a slave to my watch.” When nobody laughed Aimee added, “Okay, a bad joke. I apologize.” Aimee bowed her head.

“They have no humanity,” Peter said. “One day watch slaves will be no more, but not in our lifetime.”

“Why not?” Davenport asked. He swirled his beer mug.

“Why not what?” Aimee asked. Her green eyes went wide with anticipation.

Davenport leaned forward and spoke in a quiet voice. His face took on a severe, unemotional expression, his eyes intensely focused. “Why not revolt? No slave empire is forever. For as long as man has enslaved man there have been rebellions.” He lowered his voice even more, his tone somber. “Maybe this is our time. Maybe this is why we’re here tonight. Our masters can wear their own damn watches if they need to know the time.”

“Yes, we are.” Harlan raised his glass. “To liberation.”

After a moment’s hesitation, they all raised their frothy glasses. “To liberation.”

Aimee pulled a notepad out of her bag. “Let’s begin.”