Lionel Jones leaned back against the thick, leather chair, the fabric squeaking as he settled in. He noticed his shoelace had become untied, and took a moment to retie it before taking a sip of coffee. “The coffee’s good,” Lionel said. “I can’t drink hot beverages, but it’s the perfect temperature now.”

Mark Halperin waited until Lionel was done tying and drinking before continuing. “I'm not sure why you came to me, Mr. Jones.” Mark cocked his head to the side, sizing up his potential client. “With what you’re saying, I don’t think any lawyer could get you off. The statutes involved — destruction of property, computer invasion, information security damage, computer hacking, denial of service attack, cyber terrorism — those are just some of the crimes I’m sure you’ll be charged with.”

“This would be a prosecutor’s field day. The number and magnitude of these crimes would add up to multiple life sentences.”

“But not the death penalty.”

“Hmm.” Lionel took another sip of coffee and set the cup aside.

“BA from Harvard, PhD from MIT in physics, a professorship at Stanford at the age of thirty, the bestselling “Small Rules: Quantum Physics and the Nature of Time,” which Netflix made into a feature film starring Jennifer Lawrence and Ryan Reynolds — not even a documentary — though I think Reynolds was too old to play Lawrence’s lover. You parlayed the proceeds from that film into building a quantum computer, beating Google and IBM to the miracle finish line.” 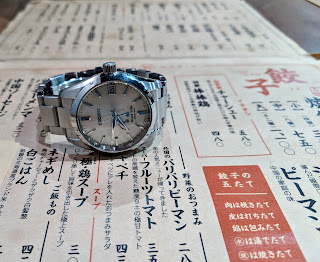 “It puzzles me, too, why you made an appointment with me. I’d have expected you’d use a five-name law firm on the 30th floor of the Transamerica building and not an attorney who’s one step removed from an ambulance chaser.”

Lionel swiveled his head to the side. “I like your taste in art.”

“Ukiyo-e. Japanese, depictions of people and life in old Japan. The past is another planet. There’s nothing about the seventeenth century world that bears any resemblance to today.” Mark got up from behind his desk. He pulled the chair that sat to the side of the room in front of Lionel so he was only a foot away from his would-be client.

“Why are you here? You know I’m legally required to report crimes that are going to be committed. As soon as you leave I have to pick up the phone and report our conversation to the FBI.”

“Of course you see.”


“Isn’t she supposed to be executed soon?”

“Tonight at midnight. At the exact stroke of midnight Marcie’s to receive a lethal cocktail of drugs that will stop her heart. Midnight. The witching hour, the hour of death. The time the state prescribes to end an innocent person’s life.”

Mark shuddered. “Your what?” Mark rubbed his chin and adjusted his position in his chair. His face flushed. “I thought I’d —”

“Yes, you thought you’d researched everything about me. Even billionaire geniuses have secrets, Mr. Halperin.”

“I didn’t attend Marcie’s trial because I didn’t want it to be tainted by people’s opinions of me. I didn’t want her trial to become a media circus. She’s innocent, so I was confident the jury would acquit her, but even geniuses get things wrong. The justice system is a horse’s ass.” 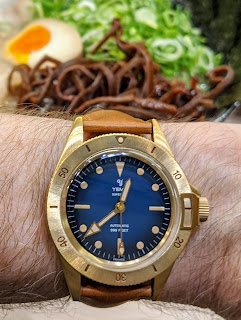 Lionel walked over to the painting of two women in kimono sitting on a pagoda in a park filled with blooming cherry blossoms. His eyes lost focus as they wandered across the landscape. When he touched the painting, Mark didn’t object. He spun toward Mark.

“I had thought about financing a jailbreak, but the risks are considerable. Somebody could get killed, maybe Marcie. Maybe another prisoner or guard, and if it that happened she’d never live with the guilt.

“So this is what I’m doing and I want you to report it. Make your call. Make it now. I want the FBI, Justice Department, and the Bureau of Prisons to know that they have to follow the law, their law. Marcie’s to be put to death at midnight, but midnight will never come. There will be no functioning clocks.”

“It’s in motion as we speak and there’s no one on Earth who can stop it.” Lionel glanced at his Grand Seiko Spring Drive, with its second hand that glides over the dial instead of jumping from number to number like an ordinary watch. The watch’s movement is so advanced, so different from other watches, that Lionel suspected it was invented in the future and brought to our time by unknown time travelers. Steve Wozniak has his Nixie tube watch, I have my Spring Drive. Lionel looked at the flowing second hand for one of the last times. It was 1:20 p.m. Ten hours to go. Enough warning to land planes, safely stop the world’s machines, and for humanity to make its final Instagram posts.

“You’re doing this for one person? You’re going to ruin civilization all for one woman who’s been convicted by a jury of her peers? Phones, GPS, cars, planes, computers, trains, factories, television, the Internet, everything technological that uses timekeeping, just about everything, they’re all going to stop in —”

“In ten hours there will be a quantum detonation, a literal time bomb. Like an electromagnetic pulse weapon that only destroys electronics, leaving living things unharmed, my quantum bomb will render all timekeeping devices mute, everywhere all at once. Midnight will not come today, tomorrow, or ever. There will be no midnight execution of my love.”

Lionel motioned to the phone on Mark’s desk. “Make the call.” He twisted his wrist and looked at his watch. “While you still can.”