The Plot to Destroy the Watch Industry

The plot was as devious as it was destructive — or would have been except for a brave whistleblower at Nation Shield, a cyber security company.

The whistleblower, Anthony Gardner, will tell his story exclusively on 60 Minutes. Here’s a preview: 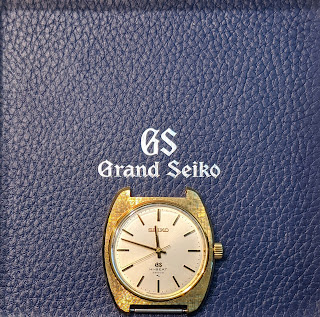 In late 2019, major smartwatch companies, including Apple, Samsung, Huawei, Motorola, and Xohi conspired to introduce a computer virus into the photo storage services operated by Google, Dropbox, Flickr, SmugMug, Imgur, and, ironically, also Apple. The virus was designed to replace images of wristwatches with black circles. Using AI, the virus could adapt to recognize all watch brands so that no image would escape its wrath. Only the watch would be affected; the rest of the photo would remain unaltered.

Gardner came forward because, as a watch collector himself, he believed this virus would annihilate the watch industry. “I’ve got a Rolex Pepsi, two Grand Seikos, a Spring Drive and a 1960s model, a vintage Bulova Spaceview, an Omega Speedmaster, plus another dozen or so watches. I try to give my watches equal wrist time, even though nobody at work notices them. The women I’ve dated don’t notice my watches. Restaurant hosts don’t care about what I’m wearing and usually seat me near the kitchen no matter what’s on my wrist. Airline flight attendants don’t bat an eyelash at my watches and never upgrade me, even if I’m wearing my Rolex. I was audited once and the IRS agent noticed, but he’s the only one.

“My watch buddies like seeing photos of my watches, and vice versa. Sharing photos is one of my favorite evening activities. Some evenings it's all I do.

“I have my eye on a JLC Reverso moonphase, but wouldn’t consider buying it if I can’t post a photo of it online.

“So, yeah, when I found out about the plot to destroy the watch industry by negating watch photos I blew the whistle.” 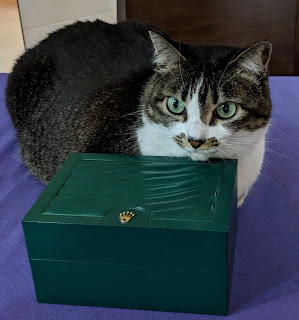 Gardner will be joined by historian Boston Maginnis, who will explain how this threat was even graver than the quartz crisis of the 1970s, and psychologist Betsy Bugakov, who will discuss the benefits of watch collecting for psychological fitness and mental centering.

60 Minutes airs this Sunday at 7 p.m. Eastern time and online wherever it’s being illegally pirated.