“We don’t have any more room for your artifacts.” Marie shuffled in her slippers to the bookcase on the room’s far side. “Baseball mitt. Stuffed panda. Lionel train engine.” She picked up each object as she named it. “Lego dragon.”

“It’s not as fragile as you.” Marie rolled her eyes but left the red, blue, yellow and white dragon alone.

Antonio walked over to the bookcase. Marie sidestepped to the bar and poured herself a martini. He examined each of the toys that she had touched and adjusted their positions so they were exactly where they had been before she moved them. 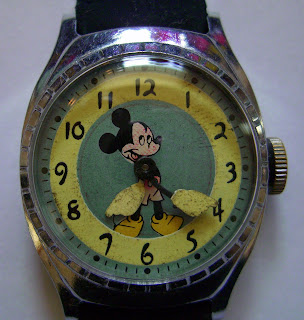 “And that.” Marie pointed. “We’re probably the only adult couple in America with a frosted glass piggy bank filled with pennies in their living room.” She snorted. “Why didn’t you break it and use the booty to buy candy or baseball cards or something?”

“I did! This one’s just like the piggy bank I had as a kid. I dropped mine when I was eight and got all the coins. I bought a baseball glove and lots of candy.”

Antonio shook his head, his blond hair rustling like it was blowing in a breeze. “No. Mine was like it. A Babe Ruth mitt, but the one I had is long gone.”

Marie sat on the couch and sipped her martini. “You see, babe, that’s the thing. These artifacts from your childhood aren’t even the ones you grew up with. They’re replacements. They have as much connection with your youth as a Bewitched rerun.”

Of all Antonio’s possessions, the globe irritated Marie the most. It occupied the largest expanse of real estate on the bookcase, and many of the countries on it no longer existed. She aimed her glass at the bookcase. “That book’s a replacement, too, right?”

“Peanuts Treasury! I grew up with Peanuts. Snoopy, especially. I must have read that book a hundred times, probably more.” Antonio’s green eyes lit up like undersea coral touched by the sun.

“It’s not the actual one I owned as a kid.” Antonio lowered his voice. “I wish it were, though.”

“None of these mean anything. Our living room is awash with fakes. It’s like a shop that sells posters of famous art.” Marie downed the rest of her drink. She lifted out the olive, leaned back, and dropped it into her mouth. “Can we please get rid of these things. Fill the space with some things that are, you know, normal?”

“Our friends say my childhood memories are cute.”

“Our friends are just being polite.” Marie studied her empty glass and wrinkled her forehead. “There was something you wanted to tell me when you got home from work?” She glared at the shopping bag in Antonio’s hands and sighed. “You wanted to tell me you bought another artifact from your childhood.”

“I did. But it’s small and won’t take up any space. But that’s not what I wanted to tell you.”

“Let me guess. You quit your job to join the circus because you loved the circus as a child.”

“You’re half right.” Antonio sat on the couch next to Marie. “I gave notice today. I’m quitting.”

Marie twisted her lips into a grimace. “Okay. I’m sorry I criticized your childhood memories. I’m sorry. You got me back. We’ll talk about something else.”

“I’m serious. I quit. I’ve been thinking about it for a while. I’m just not cut out for finance. It’s too much stress, too much responsibility, too much anxiety.”

The color drained from Marie’s face. She slumped back on the couch, brought her hand to her neck and slid her fingers along her gold Tiffany necklace. “I don’t believe you.”

“Why would I joke about a thing like that?”

“To get back at me for criticizing your romance with your childhood.”

“Are you fucking crazy?” Marie shouted, her breath hot like a desert wind.

“I’m not cut out for this business.”

“How are we going to afford everything if you fucking work at a fucking ice cream parlor.”

“I’m going to be the general manager. I’ll make a fair living.”

Marie slapped her forehead. “Fair?” She shook her head with so much force that one of her earrings unmoored and flew across the living room. “Are you insane?”

“What I am is happier now that I’ve made the decision. We’ll be fine, sweetie. I promise.”

“Don’t sweetie me.” Marie covered her face with her hands, sounding like Darth Vador as she breathed under her palms. “We’re screwed.”

Antonio put his arm around her shoulders, half expecting her to shrug him off. Instead, she folded into him and sobbed. He stroked her hair as she cried.

When she was out of tears, Antonio said, “I used to go to The Magnificent Scoop nearly every day when I was a kid. I have fond memories of that place. I should have been working there from the beginning, but it’s never too late to return to your childhood.” Antonio’s smile was the opposite of Marie’s scowl. “Plus, I’ll be home earlier.”

“More time for you to search eBay for more useless artifacts from your childhood. Great, just great.”

“I almost forgot. I found this one. It’s a Mickey Mouse watch.” Antonio fished in the paper bag. “I found it at the vintage shop a couple of blocks from The Magnificent Scoop.” He held the watch in front of Marie’s face. She swiveled her head away. 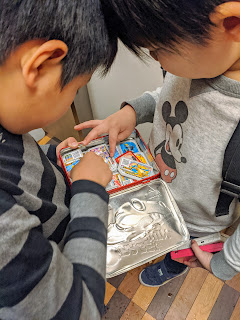 “This one’s special, Marie. This isn’t just the same kind of watch I had when I was small, it’s the exact same watch. My parents gave it to me for my eighth birthday. This one!” Antonio ran his fingertips across the watch’s crystal and then flipped the watch over. “I know because it has the same serial number.” He smiled broadly. “Can you believe it? The same watch! I haven’t put it on yet. I was waiting to get home so we could share the moment together.”

“Okay, sweetie.” Antonio slipped off his jacket, rolled up his sleeve, and wrapped the watch around his wrist. He was surprised that despite the passage of time, the watch’s leather band had retained its suppleness over the decades. Antonio glanced at the time on their living room clock, set the watch and fastened it. The leather’s sweet and salty scent filled him; the watch warmed his wrist. His eyes lost focus as they absorbed Mickey’s ageless smile.

Marie, who had been leaning against Antonio, fell off the couch, tumbling face forward onto the floor, her head missing the marble coffee table by barely an inch. She rubbed her head where it had collided with the floor and let loose a sharp, “Ouch!” She slid a knee under her belly and lifted herself up. When she turned to the couch, there was an eight-year-old boy with blond hair and green eyes, smiling and playing with his watch.