Gretchen leaned back against the cold, wet stone and shivered. She looked up at the gray sky and took Ekon’s warm hand in hers. She smiled. His skin comforted her.

She surveyed the roofless, tower that enclosed them. Some days they performed the ritual while the sun was streaming in, but most days the tower was dark and gloomy. She had heard that it was once part of a great building, a place where people and spirits had gathered and exchanged promises. Where sunlight passed through windows that were colored like the autumn leaves, making magical light roam across the floor.

The tower was the tallest structure in their or any village. There wasn’t much to look at, other than the stones out of which the four walls were made, a cross etched into one of the walls, and the words, “Notre Dame” chiseled into the opposite side. Gretchen and Ekon often talked about how such a place could be built, where the stones might have come from and how they’d been carried across a vast distance, and what might have happened to the makers. Some things were destined to be mysteries forever.

“Waiting is what we must do.”

Ekon slid closer so their bodies touched, his leg against hers, his tattered sheepskin chemise leaking heat that warmed her.

Gretchen sighed. “Are we allowed to touch this way?” 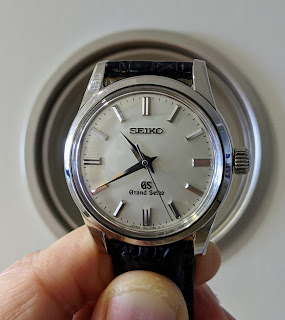 Ekon shrugged. “What does it matter? Only the ritual matters.” He looked up and watched the clouds race across the sky. “The makers didn’t allow touching inside the ruins, I think. But the makers are no longer here. This place's original purpose is no longer here. We have a new purpose.” Ekon tapped the disc strapped to his wrist. “The only rule is the ritual.”

The others who would arrive when they had finished their work for the day wore discs that differed in similar ways. Some had pictures of the moon or sun on their discs, while other villagers had discs with three or four spires. Some discs were white, others black or faded green, blue or red. Some displayed numbers, while other discs did not. The meaning of these discs was unknown.

Snorting horses were the first sign that other people were arriving. Gretchen straightened her back against the wall and slid away from Ekon. Judging from the noise, some twenty people would be joining them. That was nearly double the usual number. Twenty bodies would warm the tower, so Gretchen wouldn’t be shivering during the ritual. But she was curious. Twenty? Why so many? She rubbed her hands together and blew on them.. She’d find out.


The villagers filed into the tower room one by one. Most had to lower their heads to avoid hitting the arched entrance way. They all sat like Gretchen and Ekon, their backs against the stone wall, but instead of just two or three walls being occupied as usual, all the walls were used. Also, like Gretchen and Ekon, their sleeves were pulled back, exposing their discs, ready for the ritual.

Conall stood and walked to the center of the room. Gretchen and Ekon held their breath. Something was afoot – something momentous was about to be announced. Gretchen leaned forward and clasped her hands together.

Conall extended an arm toward Eydis, the village’s builder. Eydis was a strong builder, but she also excelled at the fine details — doors that didn’t stick, bells that rang for great distances, fences that didn’t fall apart during a storm. Any village would be proud to have Eydis as their builder. Conall nodded to Eydis, and waved his arm in an upward motion. “Eydis has deciphered the disc,” Conall said. Everyone, including Gretchen, gasped.

Eydis stood. Wind swirled down from the top of the tower, blowing her long, blond hair across her shoulders.

“More than that,” Conall said, “She has restored her disc to its original purpose.”

“Purpose?” The voice belonged to Celso, a thick man with curly black hair who raised pigs. He sat four people away from Gretchen. “What do you mean purpose? We have the ritual. There is no other purpose.”

“Just like this place, with its stones that came from somewhere, the discs once had meaning beyond the ritual.”

Eydis stepped into the middle of the room. She pivoted completely around before speaking. “It’s difficult to explain, but I will try. It was originally hard for me to fathom, but now the truth is clear.” Eydis removed her disc and held it high so everyone could see. “I will show you something. Everyone take a look.” Eydis walked from villager to villager, holding her disc in front of each of their faces. Everyone’s eyes went wide and wild. When Eydis finished, twenty-two beating hearts echoed against the walls.

“The spires on the disc move!” Elísabet shouted. “They move.”

“Yes,” Eydis said. “The ritual has a purpose beyond what we have thought. The discs have a purpose beyond anything we have imagined.” Eydis rubbed her chin. “You know how the sun and the dark come and go? You know how the warm days become cold days before the warm ones return again?” Eydis held her disc high above her head again. “The disc informs when light and dark arrive.” Eydis pivoted again so everyone could get a good look at the disc. “I fixed my disc. I returned its original purpose. The spires on my disc move, and they move with the sun and the stars. I can imagine a hundred uses for the disc.” Eydis turned to Celso. “Celso, you can know in advance when your hogs will wake.”

Eydis spun toward Tallis. “Tallis, you can assemble all your students at once instead of them staggering into school in the middle of a lesson.” Eydis smiled more broadly. “Vilette, you can tell everyone that your shop will open when the spires point one way and close when they point another. No more disappointed villagers who arrive at your shop only to find it closed."

Eydis held up both arms so everyone could watch as she turned the bump that extended from the side of her disc. She spoke as she performed the ritual twisting of the disc’s bulge: “This movement, what we have come to know as the ritual, what we and our parents and our parents’ parents have taught us, has a purpose. The ritual is to start the disc’s spires moving. Turning the knob once a day is more than a ritual. It’s what gives the disc its power.”

“No!” Celso shouted even louder than before. “That’s not the ritual. This is blasphemy!” Celso leaped to his feet, withdrawing a dagger from his belt. With a single stride, he reached Eydis and stabbed her twice in the chest, moving like a blur to Gretchen’s eyes. Eydis died before she fell to the ground.

Celso curled Eydis’ fingers back, removed the disc, stood, and stomped on it. Pieces flew out from under Celso’s foot. Just as Eydis had done, Celso pivoted, taking in everyone’s eyes. “What’s done is done. The ritual has been restored.”

Gretchen and Ekon nodded. Everyone nodded. Celso sat down, and the villagers spun their discs’ knobs in unison.