“Please, make yourselves comfortable.” Dr. Lilly Green waved her arm toward the dark blue couch. Her office was bathed in warm, yellow light, like the hue of a sunrise. Len wondered if the wood paneling that covered the walls of the room was real. It probably was. He noticed a crystal pitcher of ice water on the table toward the left.

“Would either of you like some water?” Dr. Green asked. 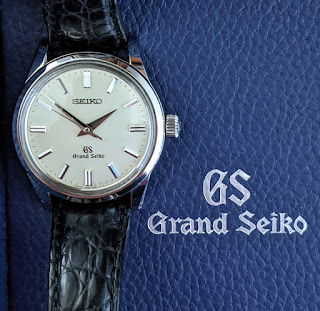 “Yes, that would be great,” Len said as he hovered over the couch, flexing his knees, wondering exactly where he should sit on the three-person couch. In the middle, which would give Sylvie no choice but to sit next to him? Or should he wait until his wife sat down? If she chose the middle spot, that would mean she wanted to sit next to him, a good sign. If she sat on either end, that would signal that he should keep his distance, and would likely herald an even more acrimonious therapy session than he anticipated. Len felt like he was playing a puzzle game, only the consequence of failure wouldn't be losing game pieces, it would be losing his marriage. During the seconds that Sylvie took to decide where to sit, their entire marriage ran through Len's mind like a film on fast-forward. Rays of happiness and bullets of despair shot through his body.

"I'd prefer a vodka," Sylvie said as she sat on the sofa's far side. She pulled back the sleeve of her leather jacket and looked at her watch. As if cued, Dr. Green also looked at her watch. Sylvie saw it was a Grand Seiko. White dial. Snowflake maybe. Her own Lange Saxonia was no slouch, but she made a mental note to ask the doctor what inspired her to get a Grand Seiko, because at four hundred dollars an hour, Dr. Green could afford any watch she wanted. Four hundred an hour. Len had insisted they seek out the best of the best. Sylvie sighed to herself. It was money that could be spent elsewhere.

Len sidestepped like he was taking his first dance lesson and sat on the couch’s opposite end. He glanced at Sylvie and contorted his lips into a tepid smile. She did not return his glance.

"I'm glad you're here," Dr. Green said. "Let's see if we can make some sense about what's going on between you two and heal any wounds.” Dr. Green retrieved a chair and positioned it facing the couch exactly between Len and Sylvie. She sat down and asked, "Who wants to go first?"

Len cleared his throat, but before he let loose a single consonant, Sylvie said, "It's awful. It wasn't always awful, but now it is.” Her eyes moistened. She wiped her nose with the back of her hand.

Dr. Green leaned forward and nodded to Sylvie to continue.

“He’s lost all interest in watches. He'd rather have sex, romantic dinners, or take long walks than look at watches.” Sylvie shook her head. Tears fell.

“I see,” Dr. Green said. She looked at her Grand Seiko for a full five seconds, then took out a cloth from her pocket and polished the crystal.

“He doesn’t even look at other people’s wrists anymore.” Sylvie glared at Len. “Neither men’s nor women’s.”

Sylvie raised her palms. “I know what you’re going to ask. Yes, I bought him a new Rolex Pepsi. That was the first thing I tried. You have no idea how difficult it was to find one.” She swiveled her head toward Len. “Or how expensive.” She shrugged. “No effect. All he did was suggest I wear it while having sex that night.”

Dr. Green sighed. “I’m going to clear my calendar. We may be here for a while.”