"Are you sure you want to do this now, sir?"

POTUS' eyes drifted in and out of focus amid the pulsating lights, his silence all the more awkward because his was the only voice not heard.

"Sir?" Dennis pushed up his glasses, clicked his pen closed and rested it on the yellow pad. He hoped the answer would be no, because maybe there was still enough time to drive home to Bethesda and see his family. "Sir?" 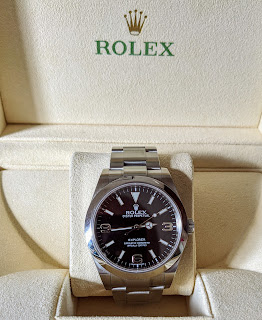 The president continued to stare at the map wall as if he were in the embrace of a great movie, standing still in time as the world on the screen carried on. Only when one of the multi-starred generals directly addressed him from a distance of less than a foot did the president reanimate. "Like a sleeping dog responding to a familiar voice," Dennis thought.

"Mr. President, the first missiles launched from our subs will reach their Russian targets in six minutes." The president flicked his wrist, waving the general away.

At the mention of six minutes, instinct compelled Dennis to glance at his watch. "This is how and when the world ends," he thought.

"Russian missiles will hit Washington, DC, in eight minutes," another square-jawed general reported. The president waved him away, too, and the general flew as if the president's hand had generated a gale-force wind.

The national security advisor, who was seated next to POTUS, added, “You mean ‘obliterate,’ not ‘hit.’”

The president turned to Dennis. "I want to do this now, Dan. I want to finish my memoir today."

The president picked up Dennis' Mont Blanc, clicked it back open, and handed the pen to his ghostwriter. "You write down what I say. I've got great ideas and a great career, but I want you to translate what I say into book. Book is a specialized language, like being a rock scientist, which is why I have you, Dan.” He nodded. "Where should we begin?"

Dennis pursed his lips. This was no time to be indecisive. In short order, he'd discover if the bunker 100 feet beneath the White House could withstand a hydrogen bomb. "Let's start with today, sir. Tell me about your decision to go to war."

The president rested his palms on the teak table and leaned forward, as if he were moving into a yoga position.

"When Vladimir insulted my Rolex, he insulted all of America." The president nodded and thrust his arm forward so Dennis could see his watch, a gold Rolex Yacht Master, pop out from under his sleeve. "We used to be friends, so I called him ‘Vladimir.’ But maybe I should call him 'asshole' now. Nobody gets away with insulting an American institution like Rolex."

The president clenched his fist, his knuckles turning red. "He had the nerve to wave his inferior Russian watch, an Omega, on the vid screen when we were chatting last week. Insulting me to my face." The president slammed his fist on the table. The room's hum snapped to a hush as all heads pivoted to the president. "Get back to work," the president commanded. He raised his fist into the air. "Viva Rolex! Viva America! Viva victory!"

The President's Watch is the prequel to War Time: https://www.abetterwrist.com/2019/01/war-time.html.