The Rules of Love

“I shouldn’t even be talking to you.” Noelle let Oliver’s hand slip from hers. She stepped back to enjoy a full view of him.  He was gorgeous, the likeness of somebody painted on the cover of a romance novel. Thick chest muscles bulging through his half-unbuttoned white shirt, flowing blond hair, wide, joyful eyes. On better days, Noelle saw the two of them painted onto the same book cover.

She was no wallflower herself, but she felt like a B-leaguer in his presence. 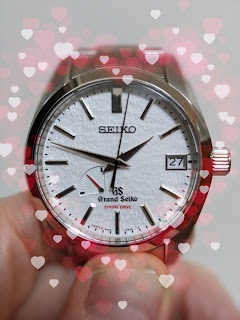 Oliver’s heart was as picture-perfect as his body, which made her words especially hard to say. “Our parents would never approve. Nobody will approve.”

They stood on the old stone bridge between their two islands. The scent of hibiscus from Oliver’s island and the aroma of plumeria from Noelle’s intertwined, dotting the air with bubbles of fragrance that spontaneously popped. Oliver was a coffee farmer, whose morning to dusk labor endowed him with an Olympian’s physique and a perpetual golden tan. Noelle owned a flower shop, which is why she always smelled like alyssum and rose.

“I don’t care.” Oliver recaptured her hand, sending a delicate current of electricity from her fingers to her head and toes. He squeezed his eyes shut tightly for a moment. “I want to marry you more than anything in the world.” He started to unfasten his Rolex Deepsea. The metal clasp’s unclicking sounded like a sigh.

Noelle wrapped her hand around Oliver’s watch. “Don’t. Please don’t.” She sniffled. The first tears rolled down her cheeks. Oliver kissed them but couldn’t stop her from crying. Her lungs heaved. When she regained the ability to talk, she spoke in whispers, choking on her words. “You’re a Rolex clan. You can’t give that up, not for me, not for anyone.”

Oliver brushed Noelle’s lips with his as he patted her watch with his fingertips. “Would you give up your Grand Seiko for me?”

Noelle cried harder.  She wiped her cheeks with the back of her hand. Forcing a small smile, she said, “Good thing it’s waterproof, right? I’d have to ask the clan for another watch if I ruined it.”

Now it was Oliver’s turn for a tepid smile. “You’re not going to ruin a Grand Seiko dive watch with just a few tears. It’s good down to 200 meters, and your tears are no more than 100 meters deep.”

Noelle chuckled faintly. “And your watch, good to 1,220 meters.” She leaned into him, wrapped her arms around him, pressed her breasts against his muscular chest. “See, my love, they’re not even compatible. You can dive into the darkness with your Rolex, but I can’t follow.”

Oliver kissed her ear and she moaned. “What would happen if we tossed our watches into the sea?” he said. “Right here, right now?”  She shuddered, sending a chill cascading down her body. He held her closer, trying to steady her shaking.

“We can’t,” she said. “It goes against everything. We can’t marry because you wear a Rolex and I wear a Grand Seiko. And shedding our watches won’t change who we are, where we come from, and what’s expected of us.”

Noelle shook her head even as Oliver tucked her hair behind her ear. “There is only now. You can’t marry a Grand Seiko wearer, just as I can’t marry somebody brought up in Rolex, Omega, Patek, or any other watch. It is who and what we are.”

Oliver released Noelle and skipped back a step. “Do you trust me?” Turquoise and blue reflected off the water into their eyes, filling them, bringing them to the edge of weightlessness.

She nodded. Oliver turned to the bridge’s edge. She turned with him.

He gently pulled her to the precipice so their toes dangled over the edge, a warm, salty breeze tickling their skin from below. He put his arm around her waist and pulled her further over the edge so they were balanced on their heels. The soundless wind under their feet grew increasingly powerful, a force that gravity could not counter. Oliver coaxed Noelle another step forward so they were suspended in air with nothing but ocean below them. The bridge between their two islands seemed to shrink, as if Oliver and Noelle had flown far away. 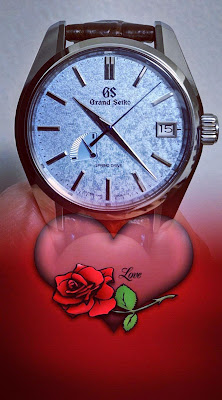 Oliver stepped back onto the bridge and Noelle followed him. “Magic,” she said.

Oliver put his finger over Noelle’s lips before she could complete the sentence. “Look.”

Mobs approached from both directions, indistinguishable except for the flags they carried. From Noelle’s side, white flags with an embossed gold GS waffled in the wind; on Oliver’s side, flags with silver crowns on blue cloth waved high on pointed poles. A hundred people marched from the north and south, armed with farm tools, shouting words that would never be used among children and kicking up dust as they stormed toward Oliver and Noelle, footsteps as deafening as an approaching herd of elephants.

“They know,” Oliver said soberly. His face turned pale, as if a great storm had blown away a meadow, leaving only dirt that had never seen sunlight.

“They always know.” Noelle stepped away from him, toward the horde approaching from her side.

Noelle shook her head as she stepped farther from him, her clan now only meters away. “No. I’m sorry.” She mouthed goodbye as she was lifted and carried away by her clan.

Oliver pivoted to his kin, raised his arms and stretched them out. "Take me," he said.