“Wait, stop, please.” Perry bent over and pressed his palms against his thighs, breathing as if he’d just been submerged under water for a full minute. He thought he heard his beating heart echo off the alley walls.

Perry tilted his head toward Olivia and gulped air. She wasn’t winded. She was hardly breathing and looked as if she'd just finished meditating. Perry felt his hair matting from sweat. His shirt, too, was rapidly sogging now that the breeze that had accompanied their five-block sprint had stopped. “Thank you. My body’s not capable of one more step.”

“We’re far enough away. We don’t have to run anymore.” Olivia removed her sunglasses and Yankee’s cap. She took off her t-shirt and reversed the blue and pink sides.

Perry looked up and down the alley. They were alone. He followed Olivia’s lead, took off his baseball cap, reversed his green and red shirt, and tucked his sunglasses into his pocket. 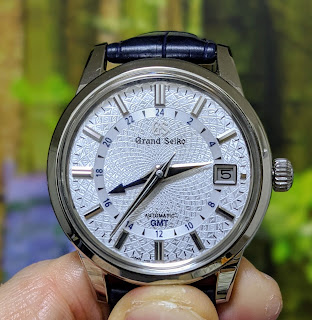 “I liked it better last time,” Perry said, “because we didn’t have to run so far so fast.”

“But you remember what I taught you?”

“Every robbery must be different. We can’t duplicate the same MO ever.”

“And it’s not a robbery. It’s a mitzvah.” Perry examined the watch they had just appropriated. A Richard Mille chronograph, worth about a quarter-million dollars. The watch, rectangular-shaped but with a curved case displayed bold white hands on top of a skeletonized case and had four dials for the stopwatch function and date. The chronograph’s pushers jutted out boldly from the case. Perry rested the watch in his palm and raised his hand, noting the watch’s feathery weight. Titanium.

He handed the watch to Olivia, who didn’t even bother to admire its craftsmanship before dropping it onto the rough pavement and stomping on it. She lifted her foot and said,“You outweigh me. Your turn.”

Perry jumped and landed on the watch. Olivia kneeled on the pavement. She picked up the mostly intact watch. “Titanium.”

“It happens sometimes. Titanium’s a hard one to destroy.” Olivia pulled out a small torch from her back pocket. She opened the black plastic case and inserted a butane lighter. With a flick of her thumb she ignited the torch, letting the flame lick the Richard Mille watch. In less than a minute the movement, visible through the case, began to melt. When the crystal distorted and popped off the case, Olivia extinguished the flame. “The torch produces a 2,300-degree flame. I’ve yet to meet a watch it can’t annihilate.” She kicked what was left of the Richard Mille, which spun across the alley to its resting place, under a dumpster.

“Does anyone ever get caught?” Perry asked. They sat at a small outdoor table that barely had room for two coffee cups. A rare Seattle sun bathed them. Perry blew across his cup, making small ripples on the coffee’s surface that reminded him of when he skipped stones across the lake near his childhood home.

“Maybe. Probably.” Olivia gulped down her espresso. She held her cup toward the waiter. She lowered her voice. “I would imagine that, from time to time, it happens. We’d never know because we’re in three-person cells, the two of us and our control. If somebody from another cell was caught by the police, that information wouldn’t be passed along to us.” 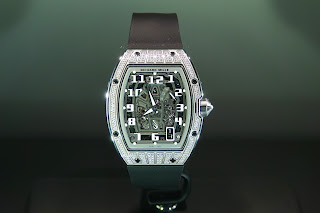 Olivia shook her head. “Watch theft will never be in the news. It wouldn’t be allowed. Any reports of watches being stolen are suppressed. If it became known there were people trying to change the world by stealing watches from the rich so they can’t steal time from the poor, society might unravel.” Olivia cupped her cup in her hands. "Which is what we want."

“Makes sense.” Perry glanced around and studied each person sitting at the cafe. “How many individual cells are there?”

“The West Coast has the most, but I know there are only a few in Seattle. Most are in California, LA, and San Francisco, especially.”

“People are dedicated to the cause,” Perry said.

“And for good reason. That the rich can buy time from the poor and add years to their lives while subtracting years of life from those less wealthy is wrong. We’re all born with seventy years ahead of us. That’s what nature intended. For a wealthy man or woman to buy somebody else’s years, no matter how much they’re willing to pay, means to prey on the poor.”

“The choice between a shorter life versus a better one—”

“Isn’t a choice at all. It’s more evil than buying a kidney. It’s buying somebody’s life; it’s sending a family's loved one to their grave. Transferring time from a poor person’s to a rich person’s watch is depraved. A banker shouldn’t live longer than a janitor just because he has more money and can siphon time off the impoverished janitor’s watch." Olivia leaned forward. “Nobody should be able to transfer time from their watch to somebody else’s watch.”

“Until there’s a law against that, we’ll do what we do. Our cause is just.” Olivia looked at her watch, an Omega Speedmaster, which caused Perry to glance at his Grand Seiko. 1:15 p.m.  "We should call it a day. What do you say? My body covets a nap."

Perry finished his coffee in a single swig. He dabbed his face with a napkin. "Sure." The mention of the word "nap" caused a yawn to percolate inside his throat. He blushed. "Me too, I guess."

"You want to come back to my place and nap with me?" She smiled and flicked her hair to the side with a quick headshake.

Olivia crinkled her brow. "First, when a woman asks you to bed either say yes or no because there's no gray area here. Second, we're revolutionaries, not monks."

"This isn't going to get in the way of—"

"What did I just say about point number one?"

"That's the right answer. Let's pay the check and go. We may even be able to squeeze in an actual nap."

Large shadows surrounded them, appearing out of nowhere, as if part of a magician's act. Eight policemen as big as linebackers pointed automatic weapons at Olivia. One of the police officers bent Olivia's arms behind her and cuffed her. Olivia twisted in her chair and hissed, "Stopping me won’t stop the movement."

Olivia looked at Perry, who was uncuffed. "You snake!" She wrestled against her handcuffs and tried to stand. The police officer shoved her back into the chair.

Perry stared at his shoes.

“What did they offer you? Immunity? Or were you just born rotten?”

“Tell me!” Olivia spat at Perry, but missed. “At least have the decency to tell me what they gave you.”

Perry nodded at the policeman, who uncuffed Olivia, removed her watch, and handed it to him. He pressed the Omega against his Grand Seiko so the crystals were touching. The two watches emitted a high-pitched whirring noise like a jet engine spooling up, sparked, then went silent. Perry said, “Five of your years.”